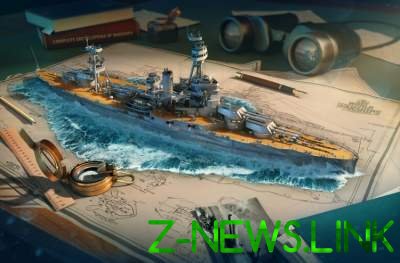 The company Wargaming announced today that World of Warships will update 0.8.3. It will provide early access to the branch of the Soviet battleships.

Starting today, players can take part in the daily competition “Victory”. Taking one of the parties (“Honor” or “Glory”), with the victory over the enemy, the users get tokens for allowances, which can be exchanged for the Soviet premium cruiser VII level “Lazo” camouflage “Victory”. Or Outbox, which can be one of four Soviet battleships. Every day tasks for the winning teams will be harder, but awards – is more valuable.

Among the eight Soviet battleships will be “Peter the Great” (level V), “Sinop” (VII) “Vladivostok” (VIII level), which was never built – there were only drawings. “Ishmael” (VI level), which also appeared in the game, was launched, but not completed. Unlike other ships within the class, these ships are heavily armored, armed with powerful guns and more effective on small and medium distances.

In World of Warships can be found as existing equipment, and that was only on paper. To accurately design the latest Wargaming appealed to the Central naval Museum of St. Petersburg and the state archives. The drawings of the battleship of the project 23 “Soviet Union” (IX level) was found, for example, in the State archive of the Russian Federation in the Fund of the Committee of defense of the USSR. Set was used only once – to show Stalin in the Kremlin with the approval of the project in 1939. Due to the age of the document Wargaming had to restore the drawing to redraw.

Documents of the battleship project 24 “the Kremlin” (X-level) are still classified. Its development was in the middle of the last century. To create the reconstruction project, Wargaming had to master a large amount of information and bit by bit you can select the project information 24.

World of Warships is a free-MMO-action for PC.