In WiFi networks has revealed a critical vulnerability to hacking 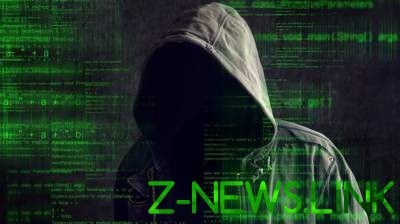 A set of vulnerabilities called “KRACK”.

Discovered a vulnerability in the encryption technology of all data that is transmitted over Wi-Fi. This was reported by American researchers on cyber security.

Almost all currently used WiFi network and, therefore, all connected devices can be hacked.

Experts have discovered a vulnerability in Wi-Fi Protected Access II (WPA2), which is used to encrypt communications as most Wi-Fi connections. At one stage the connection you can reset the encryption and gain access to personal user data. A set of vulnerabilities has received the common name “KRACK” (Key Reinstallation Attack).

“Vulnerability “KRACK” can be used to steal credit card numbers, passwords, messages, emails, photos and other information,” – said the expert of the Catholic University of Louvain on cybersecurity Mattie Vanhoff.

At risk is any computer or phone, especially using the Android operating system.

In the division of the Ministry of national security of the United States to counter cyber threats (US-CERT) confirmed that the danger of cracking devices exists.

However, so far researchers have not found evidence that they discovered a vulnerability is ever exploited by hackers.

Microsoft has said that it has fixed the problem in Windows, but Google assured that in the coming weeks will release fixes for all affected devices.

Learn more about his research assistants will speak at the conference on cyber security in Dallas, which is scheduled for November 1.

Earlier it was reported that scientists have taught drones to see through walls using a conventional Wi-Fi.

One of the drones continuously conveyed Wi-Fi signal and the other measured the strength of this signal after passing through a brick barrier.

Analyzing changes in signal strength, the computer program determined the size and shape of objects hidden inside the structure because they violate conventional power and signal integrity Wi-Fi.