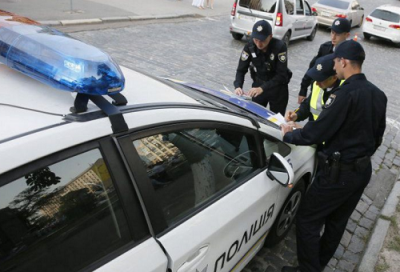 The stop must be reasonable.

If the patrol officer cannot provide the driver with evidence of a breach of the Rules of the road, then he has no right to demand the presentation of documents on the right of control. This unexpected conclusion was made by the Supreme court of Ukraine, the reason for which was the consideration of the claim of one of the drivers.

In its lawsuit, the man reported that the police stopped his vehicle for alleged traffic violations. The driver refused to produce documents at the request of the COP, as, in his opinion, no offense I did not commit. In the end, the patrol fined the driver to 425 hryvnia.

Fined appealed to the court of appeal, and when that did not satisfy him, went above the Supreme court which examined the case, came to the conclusion that the resolution on imposition of penalty is illegal.

See also:  Audi has officially unveiled the A8 sedan, the fourth generation

That’s the kind of reasoning appears in the decision of the Supreme court dated March 15, 2019.

“The courts of the previous instances found that the court of first instance has established the following. 7 June 2017, about 11 o’clock the plaintiff, driving a car “Mercedes-Benz Sprinter”… in the city, at the request of the police officer has not filed the registration certificate of the vehicle.

This fact was established by defendant that the decision on imposing an administrative penalty dated June 7, 2017, has attracted the plaintiff to administrative responsibility under part 1 article 126 of the administrative code of Ukraine, in the form of a fine in the amount determined by law.

The plaintiff with this decision I disagreed and pointed out that the administrative offence did not commit, because he provided a driver’s license on the demand of the patrol police in making regulations, under which was imposed the aforementioned penalty.

See also:  In Paris because of the actions of the police riots broke out

Considering the said decision is unlawful, the plaintiff appealed to the court for protection of their violated rights”.

In its decision, the Supreme court noted that because police are not documented and not confirmed the fact of violation by the driver of traffic Regulations, the requirements of the inspector to the driver on presentation of documents on the right of control are illegal.

Patrol police officers are obliged to consider the specified position of the Supreme court and to stop the practice of unjustified stops of vehicles.