Home / Video news / In Vinnytsia oblast there was a series of teen suicides. Video

In Vinnytsia oblast there was a series of teen suicides. Video 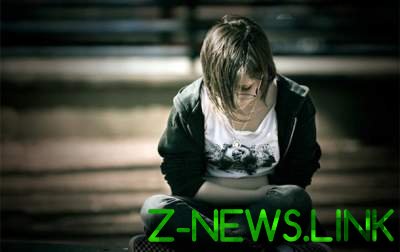 It is noted that in the city panic. People talk about acts of the devil, the sect and the influence of social networks.

So, on September 17, committed suicide 17-year-old Vlad Tarnopolsky. He hanged himself on the horizontal bar in the yard. The police noted that the criminal proceedings were closed, because it is established that the suicide guy did himself. It is known that with friends, the family had no conflicts. There are suggestions that the teenager came under the influence of social networks.

See also:  The volunteer showed the shelling of the reference positions "DNR". Video

And already on 7 October took the life of 18-year-old Yuriy Melnyk. The guy had no accounts in social networks and with anybody did not clash. Vlad he didn’t know why his death is a complete mystery. The police opened criminal proceedings. Now there is a consequence. It is noted that the tendency to suicide of Yuri traced for a long time.

Shortly thereafter departed this life 18-year-old Vadim Protopic. He was a classmate of Yuri. According to preliminary version, he met with the girl and the parents were against their relationship. Another conflict about this situation and brought the young man to suicide.