Home / Incident / In Vinnytsia, a drunken man stabbed his own mother

In Vinnytsia, a drunken man stabbed his own mother 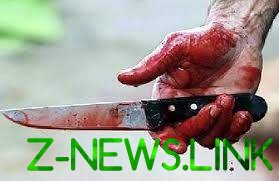 A man in a terrible act of blaming alcohol.

The incident occurred November 23. Then in intensive care did the 52-year-old local resident with penetrating stab wound. She told doctors and police that she got cuts everyday. This became known from the message of the regional police.

Five days later the victim died. However, the examination showed that their wound could not, therefore, police officers started establishing circumstances of incident.

It turned out that mortally wounded a young girl of her own son. “Being in a state of alcoholic intoxication, 29-year-old suspect struck his mother a blow with a kitchen knife. The man confessed to the crime and blames the alcohol” – told the police.