Home / WORLD / In Uzbekistan, the police have enough people for the late cafe

In Uzbekistan, the police have enough people for the late cafe 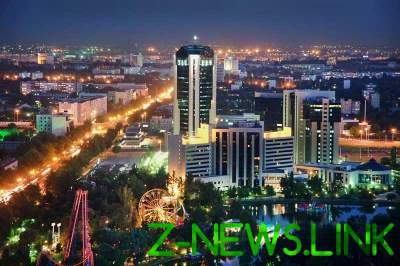 According to detainees, law enforcement officers are constantly showered them with abuse, calling the dogs

In Internet cafes, karaoke clubs and cafés in town of Fergana in East Uzbekistan on the night of October 24, was arrested over a hundred people.

The detainees were bundled into buses and taken to the police Department of the Ferghana region. Here they are photographed, fingerprinted, showered with profanities and advised not to leave the house at a late hour, was released. It took up to two hours.

“My friends and I often come here to play football, – has told 21-year-old Rustam (name changed), who was arrested in a cafe on the street PlayStation Sayilgoh. The time has passed for 11, and suddenly, in the cafe, the police stormed a video camera, took all the players and put into the bus. There were already people detained in other places. No identity, the police did not show us. Took us to the police Department, constantly showering abuse. I said was “don’t drink, don’t smoke, just sit and play football,” but said, “Shut up, you animal!” They seem to have for people who do not think”.

See also:  The police believe that Parasyuk was paying for the protests

Another Feranec said that on the night of 24 October was sitting in a karaoke club and sang with friends a song, when suddenly there were people in uniform. “I said, “I Have the passport I am registered in Fergana”, but I shouted: “You dog-like, rise in the overall number!” “But that’s illegal!” – “I’ll put you at 15 days, there is going to read the law.” Our fault is that we walk after 11 PM? But where is it written that it is impossible? Or in our city curfew?”, – angered young man.

In Ferghana, the Department of internal Affairs confirmed the detention of a large number of people. As explained by one of the management staff on condition of anonymity, such raids are carried out in the city for the sake of security and order.

“Linger idly loitering in the streets, they fingerprinted, photographed and warned to no longer wandered aimlessly. We talked with the owners of night clubs and cafes, recommended not to run after eleven at night. Because after eleven good people don’t go to cafés, sitting at home,” said an employee of the police Department. And added that raids are carried out on the orders of the interior Ministry.

See also:  In the US sentenced for technology transfers to Russia

According to an employee of one of the Fergana restaurants, the restaurants are forbidden to work after 11 PM, although most of them work “until the last customer”. Basically, raids are carried out in places of a congestion of youth and in those periods when the police need to carry out the plan of detention, he said.

For residents of Uzbekistan such raids are common, they faced for many years. During the reign of Islam Karimov, the country has lived without a law regulating the activities of internal Affairs bodies. Shavkat Mirziyoev signed such a normative act 16 September 2016, six months later, the law came into force. According to the document, the police must ensure the protection of rights, freedoms and legitimate interests of citizens “regardless of gender, race, nationality, language, religion, social origin, convictions, personal or social status”. The law specifically forbids the police to resort to torture, violence or other cruel or degrading treatment.