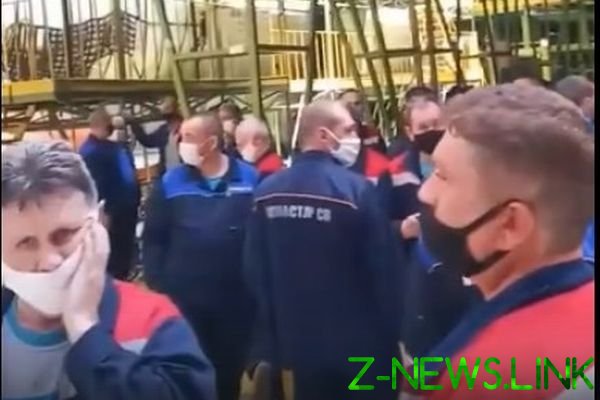 STRIKE OF AVIASTAR. THE ADMINISTRATION TRIES TO CUT THE SALARY OF WORKERS TWICE

Thursday, may 14 in one of the accounts on social network “Instagram” has several videos of AB work overalls in the background of the stocks with the jets to discuss a reduction of wages in a very expressive manner.

Apparently, the strike comes at the Ulyanovsk plant “Aviastar” production aircraft, including state contracts. Based on proishodyaschego the videos it is possible to conclude that workers were asked to sign an agreement to lower wages by 50%, and those who refused to sign the agreement offered to resign.

Also, based on the videos you can understand what the workers already there is a dissatisfaction with low wages, and offer rukovodstva to reduce the salary by half was the last straw in the patience of aircraft manufacturers.

For the last time, “Aviastar” there have been several civil suits on the debt and one the claim about bankruptcy of the enterprise. Apparently, the aircraft factory in poslednee currently experiencing serious financial difficulties, which lead to the disruption of the state defense order on the aircraft Il-76.

It should be noted that the reduction of wages at “Aviastar” is the second in the last 12 months, the case when a large plant in the Ulyanovsk region offers to workers to sign a supplementary agreement whaddaya working conditions or resign. Recall that in the summer of 2019 the wave of layoffs swept across the Ulyanovsk automobile plant.