In UkrAVTO ceased production of Lanos 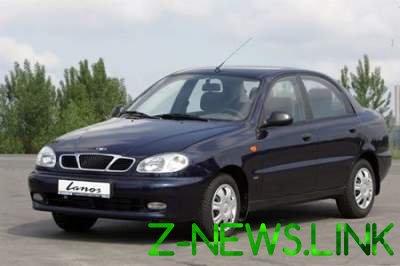 This was stated by the head of the Corporation.

The head of the Corporation “UkrAVTO” Tariel Vasadze said that Zaporizhia automobile plant “stopped production of the popular model “Lanos”.

“Yet will produce only small commercial machines”. He said this in an interview with “the Business.Censor”.

“The main reason why Ukrainian car industry can not compete with manufacturers from Europe or Asia – is the lack of equal conditions: tax, customs, financial for our plants and for foreign producers in Ukraine. As a consequence of the above, which is another reason for the difficult situation with the production is the uncontrolled import of bonded car – said Vasadze.

“If you compare with 2007, the market volume was more than 670 thousand new cars. Of them were half import and half domestic production,” complains the head of the “UkrAVTO”.

“The plant has almost ceased car production and cut staff. Left 1100-1200 people. These professionals, mostly combine the functions of a welder, painter and collector. Produce kits for Egypt, and also spare parts for the whole model range of our vehicles. In the years when the plant operated at full capacity (2007-2008), the number of employees in the group ZAZ was before 20 thousand people. It is ZAZ, Melitopol engine plant and illichevskiy logistics center”, sums up Vasadze.

However, he said that to sell ZAZ is not going to.