Home / Video news / In Ukraine will resume the construction of ships of class “Corvette”. Video

In Ukraine will resume the construction of ships of class “Corvette”. Video 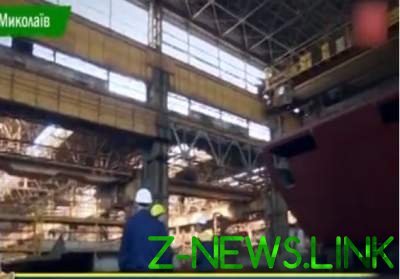 The total cost of the main ship is estimated at 3618,62 million.

It is noted that next year’s planned financing in the amount of 1361,7 million UAH in the scheme until 2028 in 31926,52 million. These funds program provided funding for the construction of 4 ships of class “Corvette” project 58250.

In the production of these ships provides the use of a foreign ship arms and technical means, which are not produced in Ukraine.

The total cost of the main ship is estimated at 3618,62 million.

It is reported that part of the work on this Corvette was done until 2014. As of today its readiness is estimated at 17%, of which work on the body by 80%.

The program also includes the purchase of the ship ammunition, which will be spent 3578,79 million.