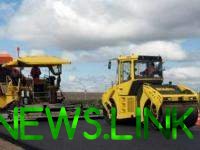 In Ukravtodor as the regions for such construction.

In Ukravtodor as the regions where they can receive Ukraine’s first railway, built on a concession basis with paid travel. As said the head of Ukravtodor Slawomir Nowak, will be paid solely to the new road, the existing route will remain as a free alternative.

“According to the experts, we can start with the construction of two new roads on terms of concession: this is the Lviv — Krakovets and Kiev — White Church,” — said Novak.

According to the head of the “Ukravtodor” in Ukraine not so many areas where it is theoretically possible construction of concession highways.

“Investment on a concession basis are suitable only roads with high traffic volume — average daily traffic over the years, they should be not less than 18 000 vehicles… Now in the country for more than five roads, which can theoretically be concession projects,” — said Novak.

Read also: Ukrainians showed the cheapest car in the world

As for the cost of travel on the autobahns of the future, it will be determined separately for each of the objects. “Now to talk about it before. For example, in Europe the average fare is 9 Euro cents per kilometer,” — said the head of Ukravtodor.