In Ukraine was found ancient burial 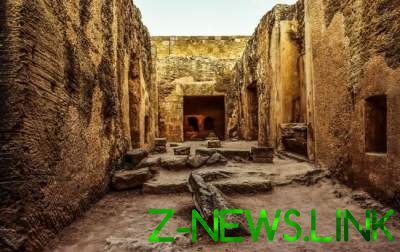 The remains were sent for examination.

In the small town of Klevan (Rivne region), archaeologists engaged in the reconstruction of the Annunciation Catholic Church abandoned over a century ago when we discovered under the altar of an ancient tomb.

Archaeologists believe that found the tomb of Prince George Czartoryski, who was the founder of Pecking. This assumption is confirmed by the writings of the kind, the beginning of which initiated in the 17th century. A lavishly decorated tomb adds researchers confidence.

“There are still remnants of the coffin. Body rot and bones interspersed with the boards are in the ground. The outlines of the coffin”, – said the archaeologists said that the remains of a body have sent for examination. If the confidence of specialists will be supported by science, the Church will turn into a tourist and architectural attraction.

“Usually the Central crypt was used for burial of the founders of the Church or city. In our case it is the burial vault of the princes Czartoryski, who founded this Church” – said the researchers.
In Rivne region found the tomb of the founder of the city.