In Ukraine started the spring call 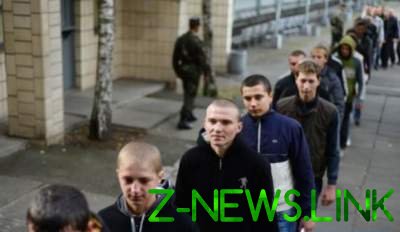 For military service call of 18.7 thousand.

Today in Ukraine started spring conscription for military service. According to the decree of the head of state, the appeal runs from 1 April to 30 June and from 1 October to 31 December 2019 in all regions of Ukraine.

In the Armed forces of Ukraine will be called fit state of health to military service of citizens of Ukraine male who on the day of departure in military units was 20 years old and older persons under 27 years of age and not eligible for exemption or deferment from military service.

See also:  Poroshenko appreciated the results of the summit Ukraine-EU

According to the law “On military duty and military service” for young men without higher education, the service life is 18 months, and for those who have a specialist degree or master’s degree – 12 months.

The boys are 18-19 years old have the possibility to serve in army on a contract basis.

In the Lviv region recruits are afraid of the military at polling stations
We will remind, on March 27, the Cabinet of Ministers of Ukraine has increased the number of recruits for military service in the framework of the spring campaign at its meeting: during the spring draft plan to call on 18 752 people. Of this amount, 9,000 recruits go into the Armed forces of Ukraine, the 600 – to the State special service of transport 5152 – in the National guard, 4000 – in the State border service.

In the fall of 2018 for military service called on nearly 18 thousand people, and in the framework of the spring campaign, the number of recruits amounted to more than 14 thousand people, of whom 9000 were called to the Mat.