Home / business / In Ukraine recorded an increased concentration of the radioisotope

In Ukraine recorded an increased concentration of the radioisotope 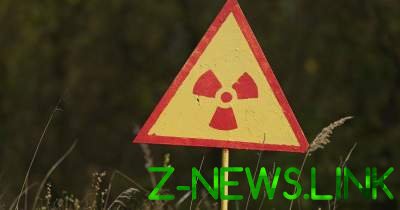 Experts trying to unravel the nature of the origin of the radiation.

In Ukraine and in several European countries – a burst of radiation of unknown origin. Another from the 29th of September in large parts of the continent in the air lock of the radioactive ruthenium-106.

In its action it is compared with the cesium-137, which has poisoned the world after the Chernobyl disaster. In addition to Ukraine, ruthenium found in Switzerland, Poland, Italy, Germany, Austria, Czech Republic, France.

Experts rule out an accident at a nuclear plant, since the ruthenium-106 is used for radiation therapy in the treatment of tumors and generators to power satellites, but not in the nuclear industry. However, in the West suspect that the radiation could come from us, and it may be more. And it threatens a killer strike on the body.

The Ukrainian government confirmed the air pollution ruthenium, claiming, however, that it is negligible. But admit that under normal conditions it should not even be in the atmosphere. And where did the radiation, is unclear. Like, it’s worth exploring.

“Concentration in Kiev – substantially below the acceptable level and is 1-2,2 units per cubic meter at the rate of 500 per cubic meter. The impact of this incident on the health of Ukrainians can be considered minimal,” – said the Curly-haired Oksana, head of Department on public relations of the state scientific and technical centre for nuclear and radiation safety.

The radiologist Oleg Derevyanko explained that an accident at a nuclear power plant into the atmosphere other substances (iodine, cesium). “And because their measuring instruments can not see, then release at a nuclear plant could not be”, – said the expert.

But since the experts can not determine the source of the radiation that traveled hundreds of kilometers and went all the way to Western Europe, it is possible that the number of hazardous substances may increase.

“Irradiation damage to the body is enormous, almost radioactive substances is not excreted and accumulate in it. Ruthenium-106 has the nervous, cardiovascular and digestive systems. People have a headache, naughty heart, liver, gall bladder and intestines. The person loses weight, feels bad. It all depends on the dose. Most can be fatal. The current number of ruthenium in air is not dangerous for people,” says Derevyanko.

In Europe are already beginning to sound the alarm and look askance in the direction of Ukraine. The German and British media reported a slight increase in the rates of radioactivity in the air in Europe. But add – yet.

Western experts said that the radiation source is over 1000 km to the East of Germany. And that could be our territory.

“As soon as at different European stations increased radioactivity, she started to remember the Chernobyl disaster in 1986,” writes the German newspaper Die Welt.

Writes Daly Mail, the experts of the Federal office for radiation protection Germany raised the alarm when, in late September, five stations weather service has detected traces of radioactive particles. Air monitoring across the continent recorded an increase of the isotope.

“Their levels are low at 17 thousand times below the norm, and yet pose no threat to human health”, – declare in Department. The Germans also eliminate the accident at the nuclear power plant.

“New analyses about the source of a radioactive substance ruthenium-106 suggest that it comes from Eastern Europe, a distance of over 1,000 kilometers from Germany”, – reads the statement of the experts on radiation protection of Germany.

“The radiation could have come from Ukraine or South of Russia”

In Austria suspect that the radiation could have come from Ukraine or South Russia. This version was voiced by anti-nuclear expert Reinhard of Origg.

“The quantity of radioactive material measured in Austria on Wednesday, October 4, a small. After the Chernobyl disaster was 100 thousand times more. However, we can see how quickly the spread of radioactive substances in all regions of the world, therefore, all nuclear plants are closed,” said Brigg Austrian publication Krone.

As told the German journalist Christoph zimmel, among the Germans, the growing concern that radiation may be more.

“Now I wonder what wind has brought this substance. All immediately thought about Chernobyl, but experts say it’s not from nuclear power plants, it is used to treat cancer and as fuel for generators of satellites. Others decided that Russian is “sprayed” in Ukraine. Then I remembered about North Korea, but it is. I suspect Belarus, they say, they have problems with pollution and energy supply. But experts still can not answer where the ruthenium and what will happen next”.