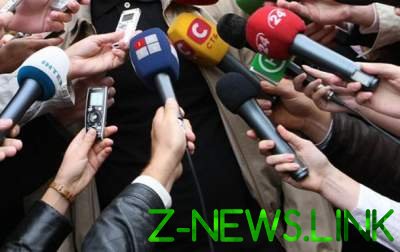 For three months this year there were 12 cases of violations of freedom of expression and (or) the freedom of the media.

Over the year in Ukraine increased the number of attacks on journalists and media professionals, as well as other incidents that impede their activities. This is stated in the report of the UN high Commissioner for human rights.

It is noted that for the period from 16 February to 15 may 2018, the UN has documented 12 cases of violations of freedom of expression and (or) the freedom of the media.

In two cases the offenders named law enforcement officials. In three cases, the victims said they were attacked by representatives of right-wing groups.

“In six cases where offenders could not be identified, the victims were journalists who investigated the facts of corruption in the regional or national scale,” the report says.

In addition, the Office of the UN high Commissioner for human rights (OHCHR) expressed concern about the proportionality and necessity of measures applied by the state in response to some publication or other journalistic activities.

“One journalist was arrested and charged with treason, two journalists were forcibly expelled, and another man was accused of infringement of territorial integrity of Ukraine”, – stated in the document.

OHCHR is also concerned about the efficiency and transparency of the investigation of incidents involving journalists in 2015-2018, in particular the lack of progress in the murder case of Pavel Sheremet.