Home / business / In Ukraine created the ATRA, is able to burn through meters of armor

In Ukraine created the ATRA, is able to burn through meters of armor 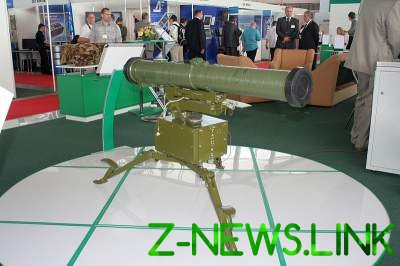 About the successful testing of new military equipment was announced by the NSDC Secretary Oleksandr Turchynov.

Took place tests of a new antitank missile system “SKIF”, which can burn through armor up to 1 meter. This was stated by Secretary of national security Council and defense of Ukraine Oleksandr Turchynov.

According to him, the missiles ATGM “definitely, without a miss, hit targets at a distance of up to 5.5 kilometers.”

Secretary of the NSDC of Ukraine reported that the warhead ATGM “SKIF” a “showed a unique result, burning the armor thickness of up to 1 meter”.

“That is in the world of armored vehicles, which will not be able to destroy the Ukrainian SKIF – summed Turchinov.