In Ukraine completed the construction of important strategic object 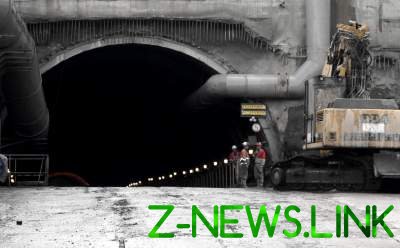 Earlier Ukrzaliznytsia also reported that work on the installation of the tunnel should be completed on 6 November. She “Ukrzaliznytsya” should then build the roadbed at the approaches to the new tunnel, put the superstructure, to mount the power supply line and communications.

Full complex of works is scheduled for completion on may 25, 2018.

Beskydy tunnel is a single track railway, laid in the ridge between the stations of the Beskid skotars’ke and in the Carpathians. The length of the tunnel is 1750 meters.

Until 2016, the tunnel represented the only single-track area on double-track lines “Lviv – Stryi – Mukachevo – bat’ovo – Chop”. This significantly limits the transit potential of this area, therefore, it was decided to lay a new double-track tunnel parallel to the old one. Money for the project was provided by the European Bank for reconstruction and development (EBRD) and European investment Bank (EIB). On January 1, 2017 was completed excavation of a new tunnel.

For Ukraine this project is of strategic importance as it is transporting goods to the Western border of the country and more than 60% of transit goods to Western and Central Europe.