In Ukraine can receive the pizza from the Russian network 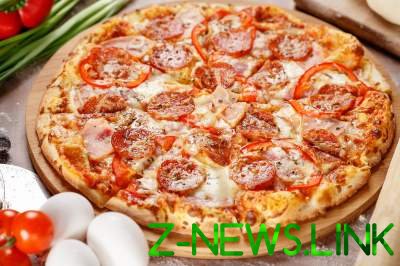 The opening of the first institutions it is planned in 2018.

Russian pizza chain “Dodo Pizza” plans in 2018 to open its first establishment in Ukraine.
This was announced by the founder and co-owner of “Dodo Pizza” Fedor Ovchinnikov at the forum restaurant franchise Franchithink.

“We made a decision: 2018 will definitely open the first “Dodo Pizza” in Ukraine,” said Ovchinnikov.

According to the entrepreneur, in Ukraine, the network intends to develop through franchising.

“I think it will be a quick to market. The accumulated demand for our franchises immediately satisfy, because we know: here the model will work. Three to five years we plan to build in Ukraine a large network… we Will start with medium-sized cities, and they come in large and small towns,” – said the businessman.

According to Ovchinnikov, the main competitor of the network “Dodo Pizza” is an American chain Domino’s.

“With Domino’s we are competing in Russia, Romania, USA. However, do not consider the Ukrainian market is particularly competitive. For our network most importantly – the number of the population. The potential of the big country. It is obvious that Ukraine will be actively developed,” – said Ovchinnikov.

The entrepreneur said that the service for “Dodo Pizza” is the basis of business – it brings 60% of sales, the remaining 40% from restaurants.

The owner of the network also announced plans to establish in Ukraine the cooperation with local suppliers, to look for a logistics operator for the supply of products to all future restaurants, “Dodo Pizza” in Ukraine.

“The products will be only local in Ukraine developed food industry, it makes no sense to import products, it will be only domestic supply. The equipment will be partially imported, use the American oven, and refrigerators will be Ukrainian,” said Ovchinnikov.

“Dodo Pizza” with a main office in Moscow (RF) was established in 2011. Currently has 261 restaurant in Russia, Lithuania, Estonia, Kazakhstan, Uzbekistan, Kyrgyzstan, Romania, China and the United States. Has 12 own pizzerias and 249 franchised.