In Turkey for tourists will discover the world’s oldest temple 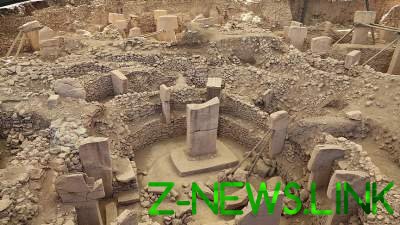 Gobeklitepe – the oldest settlement in the history of mankind.

Turkey opens the world’s oldest temple Gobeklitepe. Gobeklitepe is the oldest temple and settlement in the history of mankind. It is expected that the 18th treasure of Turkey in the world heritage list of UNESCO will contribute to regional tourism.

The birthplace of civilizations and the oldest temple complex in the world, Gobeklitepe, was officially opened on Friday at a ceremony attended by President Recep Tayyip Erdogan who was seen together with Mahmut Yildiz, 66-year-old owner of the land where the archaeological site. Named the “zero point of history”, Gobeklitepe is a true embodiment of the heritage of humanity and recognized as such in the List of heritage sites.

President Erdogan emphasized the importance Gobeklitepe for human history as an ancient place. “Gobeklitepe has become an important link to show the depth of Anatolian civilizations, as it has made a huge contribution to the common cultural treasure of humanity,” Erdogan said and noted that this attraction is the birthplace of mankind.

In the aspiration to advance one of the most important and ancient archaeological sites the world of the Neolithic and the age of 12,000 years, is located in the South-Eastern province Sanliurfa of Turkey, the government announced 2019 as the year Gobeklitepe. Since the inclusion of attractions in the UNESCO world heritage list, the temple has seen an influx of local and foreign tourists.