Home / Incident / In Transcarpathia, the offender staged a bloody stabbing

In Transcarpathia, the offender staged a bloody stabbing 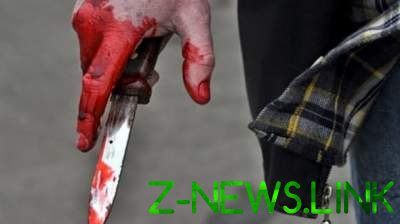 Last night, October 25, in the village Velyki luchky in Mukachevo district, a man tried to kill two of his friends, because they did not agree to drive a striker home.

“Today, October 26, the police of Transcarpathia detained the 35-summer earlier judged for murder of the man who stabbed two individuals. Militiamen established that about 20:00 on Wednesday near the village of Great lúčky rested four men. The company then decided to go to the center of the village, and between the driver and the passenger had a conflict that escalated into a fight involving weapons. The company did not want to take one of the men to his home”, — said the press-Secretary GU NP in the Transcarpathian region Tatiana Shchegoleva.

See also:  In the US, an unusual pedestrian staged a big traffic jam on the road

The driver refused, the passenger got out of the car, opened the back door and asked him to come out. The suspect took the knife with which this morning went for mushrooms, and began to strike blows in the chest opponent. The fight tried to separate one of the passengers and also received two wounds in the chest.

“The injured were taken to the intensive care unit of Mukachevo district hospital, one in serious condition, the life of another threatens nothing. The assailant was tracked down within hours, he seized the knife length 21 cm,” — said Shchegolev.

See also:  In Odessa, I brought down the girl on a pedestrian crossing

The suspect is detained as article 208 criminal procedure code of Ukraine and placed in a temporary detention facility. On this fact initiated criminal proceedings under part 2 of article 15 — part 2 of claim 1. 115 of the criminal code, i.e. attempted murder.

Read also: In Kiev, a the VAZ knocked down a woman with a child

The question on election of a preventive measure.