In Transcarpathia, the bad weather has disconnected several settlements 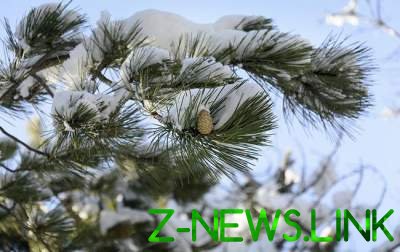 In the Carpathians, snow, and heavy wind gusts knocked to the highlands and many trees

In Transcarpathia due to bad weather are de-energized a few settlements, but also because of fallen trees partially blocked traffic yablunitskom pass. About it reports a press-service of the head of the Transcarpathian regional state administration Gennady Moskal on its website.

Noted that on 29 October 2017 in the afternoon, the weather in Transcarpathia has deteriorated sharply in the mountains, the snow fell and heavy gusts of wind pushed in the highlands and many trees. “Yablunitskom pass, on the border of Zakarpattia and Ivano-Frankivsk region, fallen trees partially blocked the road. In place of the departed employees of the state service for emergency situations that free travel with the help of special equipment”, – stated in the message. In parallel, according to Moskal, road workers pour asphalt surface with special mixtures.

“As of 17:00 due to breakages of power lines and short circuit fully without electricity remain high mountainous settlements of Rakhiv district, bilyn and Kvass, and partly Yasinya, and Rakhiv. On restoration of power supply emergency work crews. Due to rains the water level in the rivers rose, but the threat of exit to understand not”, – reported the head of RSA. Moskal also said that the situation is under control of local authorities and relevant services.