Home / Incident / In Transcarpathia a grenade blew up the car

In Transcarpathia a grenade blew up the car 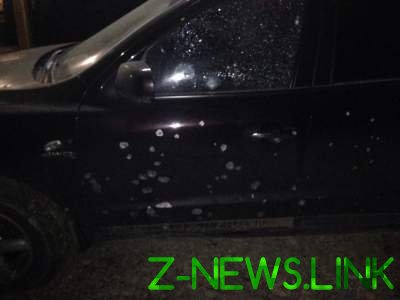 The police is engaged in search of malefactors.

Today, October 27, in Vinogradov, unknown assailants blew up the car of a resident of the city. About it reported in sector of communications of the regional police.

“In the service “102” received a message from a resident of Vinogradov that the unknown damaged his vehicle. The applicant said that he woke up in the night from a sound resembling an explosion. The man went into the yard and found severe damage of the Hyundai car that belongs to his wife. The investigative team at the scene found that the car damaged by the explosion. Pre-militiamen established that unknown persons used a grenade RGD, examination will establish an accurate model of an explosive device”, — militiamen told.

See also: In the Lviv region the driver-the fugitive killed a pedestrian

The victim claims that he has no enemies who would commit a crime against him. Police have already started investigation. Open criminal proceedings on the incident.