Home / photo report / In these animals significantly superior to the abilities of the people. Photo

In these animals significantly superior to the abilities of the people. Photo 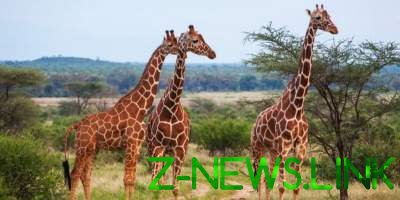 People are not so perfect.

People in General can be considered the most intelligent, strong and successful creatures on the planet. But it is impossible to be the best in everything. Different types of animals living on our planet, have acquired many abilities that allow them to live and develop in different conditions. 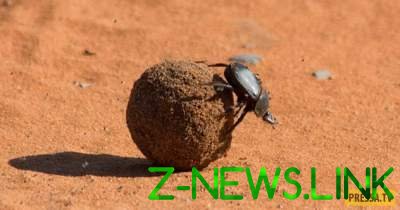 People consider themselves the strongest. But whatever our strength is, such tiny critters, like beetles and ants, can cause us to be ashamed of. For example, the beetle is able to move objects weighing in 1141 times greater than the weight of his own body! With a mind such items may seem to us small, because the beetles are very small, but if people had the same opportunities, we would be able to raise nearly 73 tons.

If we talk about the absolute weight, the first place will be African elephants. This giant cute creatures can move loads of more than 9000 pounds. To do this, they use their powerful trunks. The trunks consist of tens of thousands of muscle fibers that allows you to elephants, including young, lift huge objects and to absorb an incredible amount of water necessary for their survival.

Small creatures such as ants and beetles have such specific powers because in the animal world there is a law according to which the size reduction of the body weight is reduced in proportion to the body length of the third degree, and the cross-sectional area of muscle in the second.

In practice, this means that if you halve the length of a living organism, its volume and weight will decrease eight-fold, while the cross section of the muscles – only in four. That is, the shorter the length of the living being, the greater the ratio of the lifted load to its own weight. 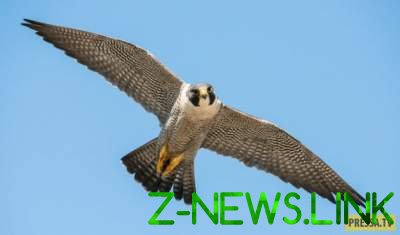 As for the speed, here, unlike power, small beings have nothing to boast. For example, one of the fastest runners on the planet Usain Bolt could run 100 meters to develop speed 44,72 km / h and the Cheetah develops twice the speed in just three seconds.

One of the fastest living beings are considered birds, the peregrine Falcon can fly at speeds up to 355 kilometers per hour. This incredible creature can outrun almost all manmade mechanisms.

The reason for this is simply a necessity. The peregrine Falcon has to fly with such extraordinary speed to be able to intercept in flight of other birds. Help him a rare combination of fine feathers, pointed wings and good aerodynamics of the body shape. 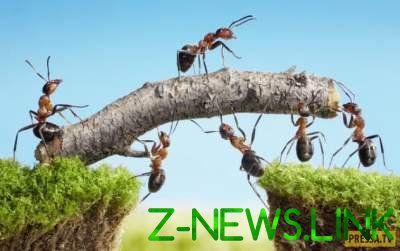 Everyone would probably agree that people are not the most industrious creatures. We all have heard the expression “working like a bee.” Some bees work only a few hours a day, but there are those who work more than 12 hours a day.

The worker bees are busy day and night. They have no restrictions based on environmental and temporal factors, these bees can night to continue working on such tasks as cooling the nest with their wings, grooming combs, and, of course, they have a break for lunch.

Ants are another great example of efficiency. In anthill, each member community has its task. Some defend the colony, others collect food, and some even invade other ant colonies and enslave them. The work ants do not only heavy, but for a long time.

Unlike most of us, after a hard day ants, workers only get a measly 4-5 hours of sleep. But it’s not a 2-3 hour NAP, no, these tireless workers have hundreds of short intervals for sleep. Perhaps, that is connected to the short duration of their lives. 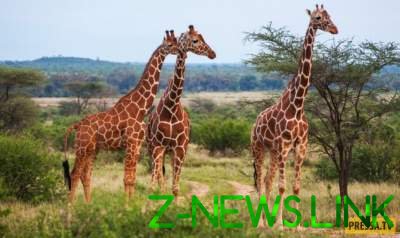 People are able to adjust to almost any conditions, but we do it largely through our machines and structures. Animals do not have the ability to create things with my own paws.

Thus, for many thousands and even millions of years, they had to adapt. Suppose that an animal living in South Africa, could not adequately nourished, because it could not reach its food. For a very long time, the neck of this creature is gradually lengthened and eventually became the modern giraffe.

A classic example of adaptation? The ability to fly.

While the monkeys were swinging on branches and leaping in the trees, some animals found a more simple approach flights. The ability to fly is of great importance for those animals that have to migrate over long distances.

Some scientists fear that within the next thousand years, humans as a species will cease to adapt to external conditions. In connection with technical progress, we no longer need it. One can only hope that the spiders, Scorpions, and bees do not want to rise against us. 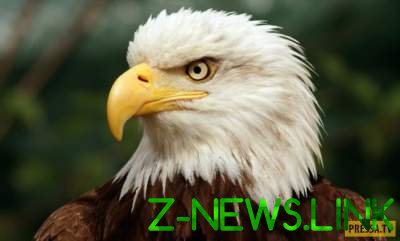 Animals here ahead of us. Don’t get us wrong, people have incredible optical equipment. In addition to contact lenses and glasses, we’ve created telescopes that give us the ability to see great distances.

However, in everyday life all of this equipment is not able to completely compensate for all our shortcomings. Perhaps our relatively poor eyesight is due to the fact that people no longer need to survive to roam the wide open areas. Beings who are not able to engage in agriculture, such as poultry, a strong vision is needed. They should be able to see their prey before the prey sees them.

For example, a classic example of animals with a great vision are the eagles. Even the most myopic eagles can see four times better than the average person. The most watchful of them see eight times better than a man! According to rough estimates, the eagle can see a rabbit at distances up to 5 kilometers. 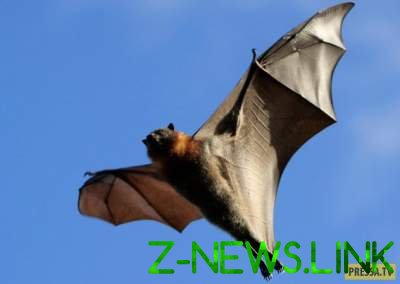 Although we look much cuter than bats, we definitely lose part of the hearing. The hearing of bats are so thin that it almost completely compensate them for the lack of view. When the bat travels through the cave, she makes squeaky sounds reflected off the stone arches. The animal uses this information for orientation during flight. 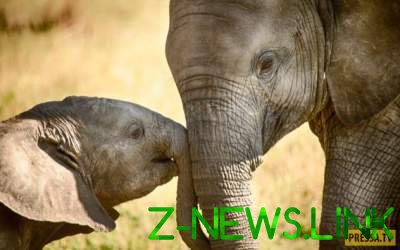 The intelligence of people incredibly developed. We can sing, to write, to talk, to explain great things and build space shuttles. However, our seemingly less intelligent neighbors are able to divide us for many categories.

For example, homing pigeons. No, not from Harry Potter, real live doves. These cool kids can fly over 1770 kilometers and find his way home without any navigation and lighthouses. The amazing thing is that to determine its geographic location relative to the Earth’s magnetic field they can use magnetite crystals located between the muscle fibers of the head and neck.

See also:  Frequent use of these products increases the risk of cancer

Elephants don’t seem too smart, but they are also able to surprise. According to researchers from the University of St. Andrews, elephants can use scents to determine their family members. In addition, elephants are able to distinguish which they are a threat to people by their smell and color of clothing. 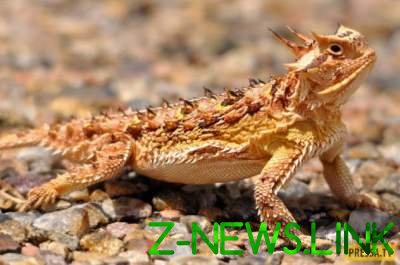 People like to look at war as a demonstration of our greatest achievements. For centuries, along with such martial arts as Krav Maga and Thai Boxing, developed and all kinds of technical innovations, ranging from muskets to modern weapons.

We really brought military equipment and techniques of self-defense to very high levels. However, in the animal world all this is much rougher. In the underwater world just shoot squid ink at your opponents. However, this is not the most extreme example.

At first glance, the Texas horned lizard looks like a normal lizard with a tough, scaly skin and spines on its back. However, you are very much mistaken. This lizard can bleed from their eyes. Although the practicality of this technique is questionable, it is striking that the lizard can do it at will when deemed necessary. 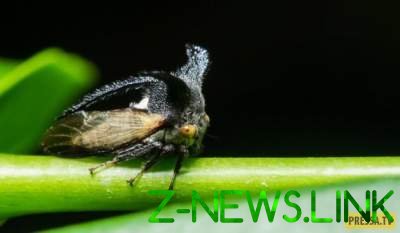 Probably you are reading this text on the screen of your smartphone or on a computer monitor. This is a striking way of communicating, but it can’t compete with good, old-fashioned nature.

Garbacki (or bogusky) are tiny insects, like the leaves that feed on tree SAP. They have a natural ability to convey this liquid into a sweet syrup. This syrup is very fond of lizards, geckos, and on this basis between the humpback and the lizards have established a heartfelt mutual understanding.

When a Gecko meets Ola, he may ask for syrup with jiggle his head. When prompted, gorbatka allocates syrup for lizards. It is unknown why they do it, but it has been suggested that this kind of “payment for security”.

Ants communicate by means of such aromatic chemicals as pheromones. Using their antennae, they can detect these chemicals left by other ants, and each of pheromones acts as a kind of message.

For example, the ants attacked, you can select a pheromone that will feel thousands of members of his colony. The result is that the attacker seems to be a lonely ant that could very quickly cease to be so. 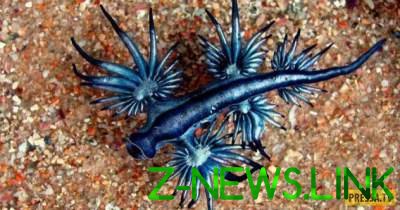 We often think that certain animals look just awful. A close look at a butterfly or an ant sickens many people. Science has not yet found a reasonable explanation. But there are other animals that seem so incredibly cute.

Such young animals, such as chickens, Chicks, or rabbits, always a delight. Scientists claim that this is due to their resemblance to human babies: large eyes, round face and small stature.

Some animals are able to surprise. “Blue dragon” is a miracle of nature, having two color with different angles. One side is similar to the shimmering silver surface of the ocean, and the other corresponds to the blue color of ocean water at depth.

This little creature capable of hunting much larger animals, such as jellyfish “Portuguese ship”. This may be due to the fact that his bite strength is not inferior to the larger opponent.

Unfortunately, many of these magnificent creatures are under threat of extinction. This can be due to many different factors, but surely one thing: a world without these beautiful animals would be more sad.