Home / Video news / In the Zaporozhye area found the remains of a mammoth. Video

In the Zaporozhye area found the remains of a mammoth. Video 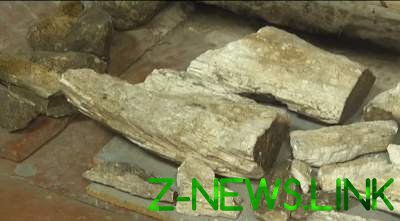 The remains of a mammoth bumped builders who were doing repairs preschools.

In Berdyansk the Zaporozhye area found the remains of the mammoth Tusk under the Foundation of the kindergarten.

The corresponding plot of the journalists of “channel 5” posted on YouTube.

The remains of a mammoth bumped builders who were doing repairs preschools. According to historians, the discovery is more than 2 million years. However, the final conclusion remains with the paleontologists.

It is noted that the building, which is a kindergarten, was built in the XIX century. While often used clay from the slopes of the shores of the sea of Azov, where sometimes I find the remains of mammoths.

At the moment the discovery is under restoration in the Museum, then it will be exhibited in one of the halls of the institution.