In the world are actively snapping up smartphones 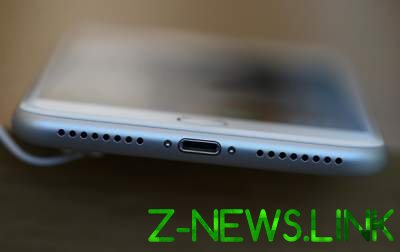 In Ukraine sales of smartphones grew by 19%.

In the third quarter of 2017, worldwide sales of smartphones grew by 3% yoy to a record 366,6 million units. Reported by research company GfK.

As noted, the record pace of demand growth was recorded in Latin America (11% yoy) and Central and Eastern Europe (9%).

The demand for smartphones is still recovering in Central and Eastern Europe in the third quarter it sold 9% more yoy and 22.3 million units. Sales of smartphones grew by 26%, to $ 5.4 billion due to the increase in demand for more expensive devices. Positive dynamics is also observed in Russia (sales up 10%) and Ukraine (growth on 19%).

In Western Europe in the third quarter, has sold 30.9 million smartphones, which is 7% lower in annual terms. The decline is due to the saturation of the market and later than expected release of the iPhone X. However, revenue in the region grew by 4% to 13.7 billion dollars.
In North America sales of smartphones in the third quarter was 49.3 million units, which is 1% less than last year. While revenues reached $ 19.1 billion, 1% up in annual terms.

See also:  Published a list of the most influential people in the world

In Latin America, the sales volume has reached three months of 27.8 million units, an increase of 11% yoy – contributed to the growth of demand in Brazil. Was sold smartphones at $ 8.8 billion, 13% higher in annual terms.

In the region middle East and Africa in the third quarter were sold is 45.2 million smartphones (an increase of 8% in annual terms). Revenue reached 10.7 billion dollars, an increase of 5% compared to the same period of 2016. “This increase in sales was due to faster than expected recovery of demand in Egypt,” writes Gfk.

See also:  It became known as the die probe "Cassini"

In China and developing Asia in the last quarter was marked by positive dynamics: in the aggregate, has sold about 174,7 million smartphones, revenue amounted to 48.8 billion dollars.

In the developed countries of Asia sales for the third quarter decreased by 7%, to 16.4 million units, revenue rose 9% to 10.3 billion dollars. This evolution was due to a drop in sales in South Korea to 15% in annual terms.