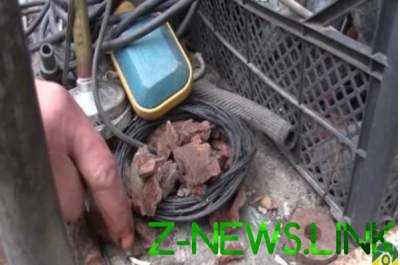 Locals in the village there are only 13 people.

For the last night in the village of Vodiane in the Donetsk region flew in 8 of the enemy’s mines of calibre of 120 mm.

It is reported by the Censor.Citing Military TV of Ukraine.

As noted, the locals in the village there are only 13 people. From-for continuous attacks of terrorists, the infrastructure of the settlement is almost destroyed. Some houses miraculously survived. At night, the ones who could not leave home hiding in basements and cellars. Tonight was no exception. The first three 120’s of mine fell on the edge, the other five flew to the village. From explosions and shrapnel, no one was hurt.

One of the local, Vasily said that he heard the first explosions at about 22:00. One of the mines landed in his garden, destroying a chicken coop and nearly killing the dog. In the morning the man sent to the hospital his wife became ill with heart, and began to collect the estate of the pieces.

See also:  A desperate fight of a Fox and chicken "blew up" the Network. Video

For the Ukrainian military in the night on the outskirts of Water was successful. Our defenders have noted that the enemy often chooses the “trench” combat, shooting from ambush, and keeps trying to shorten the distance of separation of the parties. With the threat to life and health of soldiers APU give the enemy a fitting rebuff from small arms.