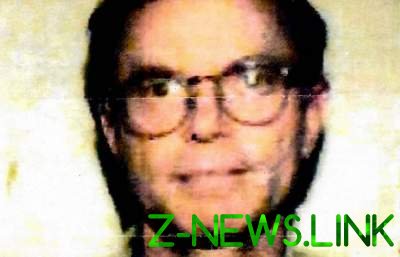 He was convicted of molesting two minors.

In the US, convicted for pedophilia pediatrician will continue to receive from the state an annual pension of $ 100 thousand dollars.

During the joint investigation, the newspaper and the television program Frontline found that the now 70-year-old Stanley Patrick Weber (Patrick Stanley Weber) receives payments as a former captain of the Officer corps of the US public health Service. The Agency provides for doctors and other medical professionals to government agencies, including the Indian health Service (IHS), which had previously worked convicted.

Weber was found guilty of abusing two minors on the reservation in Montana in September 2018. In January 2019, he was sentenced to 18 years and four months in prison. The man didn’t admit his guilt and appealed against the verdict. While he is currently awaiting trial for sexual abuse of four patients-children in South Dakota.

According to investigators, the crime was committed as Weber while working in public hospitals, and allocated homes directly in the field. In the investigation of journalists also States that employers probably knew about the inclinations of the employee, however, didn’t fire him. In particular, after a number of complaints they just move him from one reservation to another.

According to the calculations of journalists, for his experience Weber gets about 100 thousand dollars a year. Thus, if the payments will continue for a period in jail, he will pay more than $ 1.8 million. This amount does not include possible adjustments taking into account the higher cost of living.

Currently the authorities are trying to understand how you can deprive the offender of the pension. The newspaper notes that the payment is likely to be impossible to stop without changing Federal law.