Home / WORLD / In the US rages a powerful tornado.

In the US rages a powerful tornado. 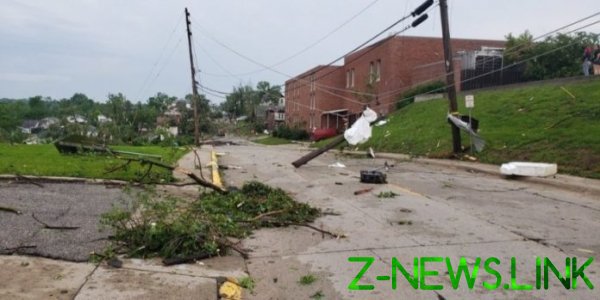 In the States powerful tornadoes have taken at least seven lives and dozens wounded.

At least seven people were killed in three States, dozens of people were injured in a powerful tornado that is raging in the center of the United States. The last three victims were discovered in Missouri, according to the Central American TV channel ABC News, writes the Chronicle.info with reference to the Telegraph.

“Three victims lived on the outskirts of the Golden city, about 170 miles (270 km) southwest of Jefferson city, the state capital,” — said in this regard, Governor Mike Parsons. At the same time, he noted that information about missing no.

Thus, the total number of victims taken the elements in the three States over the last two days has risen to seven. It clarifies the channel, four people were killed on Tuesday. One woman was found dead in his own house, in Iowa, two people died in cars during heavy rains in Missouri, another woman drowned in Oklahoma.

The greatest impact, according to forecasters, has been the Jefferson city, Missouri. There were not reported dead or missing, however, 20 people were taken to hospitals with injuries.