Home / auto / In the US photographed the new BMW X6

In the US photographed the new BMW X6 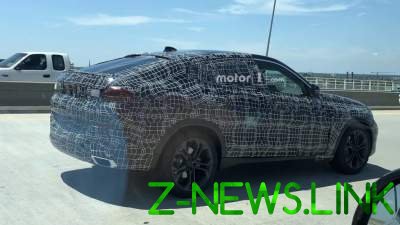 The car was hidden behind a dense camouflage.

The third generation car in heavy camouflage were able to shoot on the roads of the United States, specifically in South Carolina. The official presentation of the new crossover will take place in 2019.

Interestingly, a place for road testing was chosen because nearby is an Assembly site of BMW, which produces including the current version of the X6 crossover. I should say that the Bavarians really took the time to ensure privacy and not only delayed the prototype in a dense camouflage, but also added “dummy” in the form of trim panels.

However, in the photos you can see some changes that are not still could not completely hide. So, in the first place catches the eye more than the low location of the site under the license plate, as well as the emergence of a small spoiler on the fifth door.

Front bumper and grille made in the style of the BMW X5 last generation. The same goes for the engine range, which will also migrate from the X5.