Home / Video news / In the US has filmed the moment of collapse of the second floor of the Parking machines. Video

In the US has filmed the moment of collapse of the second floor of the Parking machines. Video 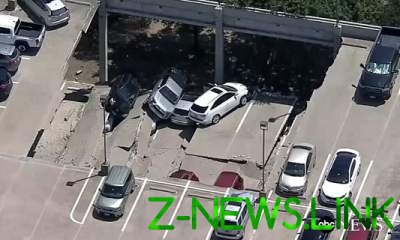 Footage filmed from a helicopter.

In Irving, Texas, collapsed two-storey car Park. The incident was damaged 21 cars. The state police reported that human victims managed to be avoided.

Collapsed two sections was constructed in 1978 of the Parking lot. Five hours later crashed another flight with the cars that owners are not allowed to take examined the structure of the rescuers.

To some cars the rescuers are unable to reach due to the fact that they filled up large debris.

According to preliminary information, the cause of PE steel recent rains, led to the “earth movement”.