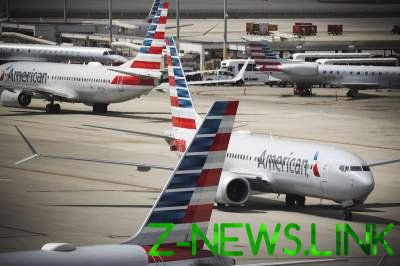 For the suspension of flights for no reason.

The Federal aviation administration of the United States refused to ban flights of Boeing 737 MAX 8, after most countries stopped the operation of ships of this model because of the crash in Ethiopia.

The FAA reported that the suspension of flights was not warranted, as in the work of the Boeing 737 MAX 8 revealed no systemic problems.

On 12 March, the head of Boeing Dennis Muilenburg talked to the President of the United States Donald trump and assured him of the safety of the ships. The New York Times, citing sources reported that the head of Boeing called trump not to ban flights.

See also:  ISIL has claimed responsibility for the attack in Australia

In addition to the US from flying Boeing 737 MAX 8 also did not refuse Canada. The Ministry of transport said they are prepared to take the necessary steps when the cause of the plane crash in Ethiopia will be known.

The plane crash in Ethiopia was the second accident involving a Boeing 737 MAX 8 over the last six months. In October 2018 in Indonesia crashed ship, Lion Air, killing 189 people.

After the crash of Boeing 737 MAX 8 in Indonesia, the newspaper The Wall Street Journal reported that the aircraft under certain conditions can break at the peak, and Boeing kept it from carriers.

After the disaster in Ethiopia the flights of the Boeing 737 MAX 8 banned in the European Union and many other countries. In Russia, the operation of the aircraft stopped the company S7 Airlines.