Home / WORLD / In the United States explosion at a chemical plant.

In the United States explosion at a chemical plant. 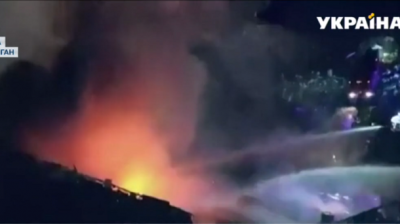 The bodies of two missing rescuers not found

In the American city of WAUKEGAN (Illinois) victim of an explosion at a chemical plant was at least one person. This was reported by CTV, the chief of the city fire Department Stephen Lenzi.

In addition, rescuers searched for the bodies of two missing persons, but at the moment they have suspended operation due to concerns about the stability of the structure. Lenzi, said it is unlikely the missing workers survived.

“There really severe conditions. There’s a lot of damage. There was a lot of fire everywhere,” he said.

In addition, the fire chief reported that four injured in the explosion were taken to hospitals and two refused treatment. According to Lenzi, the cause of the explosion is not yet established, investigation is made.