Home / Video news / In the United States discovered the remains of a dinosaur, which is more than 60 million years. Video

In the United States discovered the remains of a dinosaur, which is more than 60 million years. Video 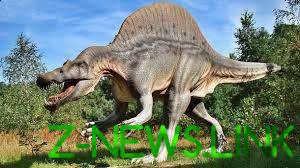 The incredible discovery was made by local archaeologists.

According to paleontologists, the age of the finds is about 66000000 years.

The bones of a herbivorous dinosaur were discovered in the loose sand layer on one of the streets of the city of Thornton is a suburb of the capital of Colorado, Denver. Scientists have found the horns, skull and humerus of a dinosaur. The researchers believe that earth may be hidden complete skeleton of a Triceratops.

“Despite the fact that we have hundreds of Triceratops from the American West, we only have three good skulls. And this may be one of the best skeletons,” said the curator of the Museum of nature and science Denver Joe Gregory Sertić.

Triceratops is one of the last types of time-extinction of the herbivorous dinosaurs. He had two horns on his forehead and one on the tip of the snout, closer to the nose. The size of the skull, scientists have suggested that the animal was found significantly smaller individuals of the same species found in North and South Dakota and Montana.

Journalists also emphasize that Daniel Peres, the Director of a pizzeria near where you found the skeleton of a dinosaur, called the discovery “one of the biggest and exciting things in life.” Daniel promised that he would treat paleontologists pizza, in the hope that they will allow in response to watch the progress of the excavations.