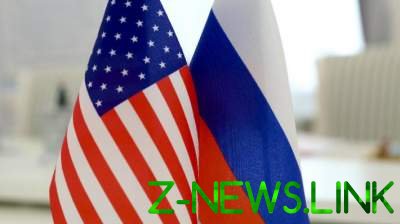 The U.S. justice Department has accused 12 members of the Russian GRU meddling in the US presidential election in 2016.

The U.S. Department of justice has published a list of the names of 12 people who, according to the Agency, are employees of the GRU of the General staff of the Russian Armed forces and is responsible for interference in the US elections in 2016. The data published on the official website of the U.S. office.

See also:  Unknown shot the visitors of the fitness club in the United States

July 13, the U.S. justice Department has accused 12 members of the Russian GRU meddling in the US presidential election in 2016.

In may, the leaders of the intelligence Committee of the Senate has officially stated that he fully agrees with the conclusions of the U.S. intelligence community that the Russian authorities organized a large-scale intervention in the election campaign of 2016, to help Donald Trump to win the election.

See also:  In the United States showed the heavy-duty pickup

On 9 may, the intelligence Committee of the U.S. Senate published a declassified part of the report, dated January 2017 and prepared with the participation of the CIA, FBI and NSA.

In February, the U.S. presented 13 citizens of Russia official accusations of meddling in the presidential election of 2016. Among the accused appeared businessman Yevgeny Prigozhin and 12 high-ranking officers of the St. Petersburg Agency Internet research (“Troll factory”).