In the United States began a new investigation against Ford 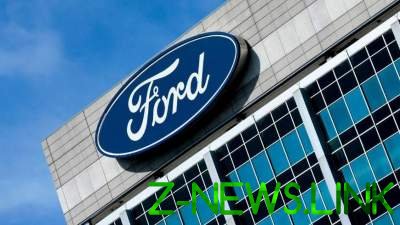 The company has filed a criminal case.

The Ministry of justice, the United States brought an action against Ford motor company criminal case. The representatives of the brand yourself pointed out the inaccuracies in the certifications and separately said that in their case there are no special devices that underestimate real emissions.

Diesel scandal of the cars of the German concern Volkswagen AG, are equipped with diesel engines, quite seriously shocked the auto industry as a whole. The scandal was nicknamed, deselect. In particular, this decision was influenced by the fact that some automakers decided not to abandon the use of diesel engines.

Foreign publication Automotive News reports that at the present time, at the offices of the American brand, Ford conducted a new investigation in connection with the certification process of vehicles.

The journalists point to a recent filing from Ford to the Commission on securities and stock exchanges of the USA. At the end of the application mentions the potential problem associated with the certification process emissions of Ford vehicles in the United States. They say that this issue is focused “on the issues related to the estimated road load, including analytical modeling”. The application does not explain what this means, but it clearly States that the problem is not with the use of special devices, lowered the actual evidence on the emissions, as it was the German Volkswagen.

The statement indicated that Ford voluntarily contacted the Agency for environmental protection, the United States and the California air resources on this issue back in February of this year, and that as a result, the U.S. Department of justice opened a criminal investigation. In a statement, Ford also reported that “the company fully cooperates with all state authorities.”

Ford presumably found problems in how it models the impact of aerodynamic drag and friction of tires on fuel economy. Further, the report mentions the concerns of Ford employees about improper calculations used to obtain information on emissions and amount of fuel, which in turn were reported to the regulatory authorities of the United States.