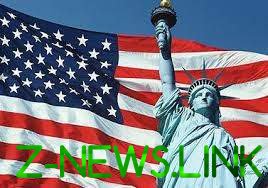 For some countries this is true – not yet reported.

USA resume the program of reception of refugees and at the same time tightening the criteria for the inspection of migrants from 11 countries. About it reports DW.

It is noted that the decree of the President of Donald trump was published on Tuesday, October 24. The program was suspended for 120 days in connection with the toughening of the rules of entry in the United States. New rules will be in effect for 90 days, however, the decree does not say about any of the 11 countries in question.

The Department of homeland security said only that greater scrutiny will be would-be refugees from countries that pose a threat to U.S. security. According to the publication, the suspension of the programme of reception was part of measures to curb the influx of migrants in the US that trump is trying to implement after taking office.

See also:  The military conflict between Russia and the United States could begin in the sea of Azov.

So, according to the results of Pew research, for the first 9 months of this year, USA accepted 28 thousand refugees. At the same time, the office of the UN high Commissioner for refugees indicates that in 2016 asylum in the United States received 97 thousand.