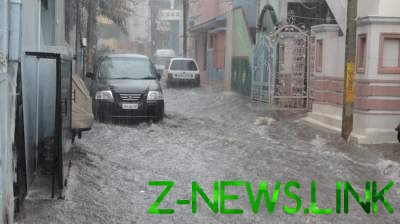 About 930 thousand people were left without electricity due to stormy weather in several States in the northeast USA. In the region of New England in such States as Connecticut, Maine, Massachusetts, new Hampshire, Rhode island, Vermont reported that closed some roads.

Storm in the North-East of the country led to a power outage in the States of Connecticut, Rhode island and Massachusetts and leaving hundreds of thousands of people were left without electricity.

See also:  By these curious signs and advertisements it is impossible to pass without laughter

On Monday, the region was struck by heavy rain and wind. They also have damaged power lines. Work on the restoration is complicated by the fact that some areas are flooded. Authorities said that citizens should be prepared for the fact that stormy weather will last for some time.