Home / policy / In the U.S. Senate introduced a bill on sanctions against North of a stream-2

In the U.S. Senate introduced a bill on sanctions against North of a stream-2 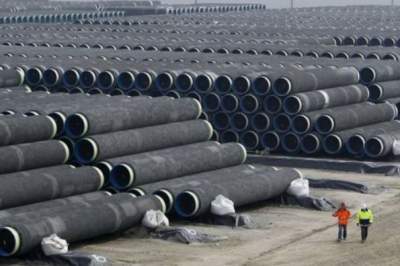 American Republican Senator John Barrasso introduced a bill providing for the mandatory imposition of U.S. sanctions against the participants of the project of construction of gas pipeline “Nord stream – 2”.

Barrasso explained that Russia is trying to build the pipeline method of political coercion and manipulation, and his bill will enable the NATO allies in the EU to evade Moscow’s actions.

“Russian President Vladimir Putin is using the Russian natural gas as a tool for extortion and threats to our partners. The proposed bill will take away from Russia is a geopolitical weapon through the imposition of sanctions against the pipeline “Nord stream – 2″ and to promote increased us exports of natural gas to our allies. Given the abundance of natural gas in the United States, we need to use American energy resources to provide reliable long-term energy security of our allies,” the statement said Barrasso.

He believes that the Russian pipeline will make Europe more dependent, undermining the diversification of European energy sources, its suppliers and delivery routes.

The bill provides for the imposition of sanctions against persons investing in the Russian projects on energy exports, provide guarantees for loans for these purposes, and also engaged in the supply of goods and services for these projects.

In addition to sanctions, the bill instructs the permanent U.S. representative to NATO to encourage the member States of NATO to work together to achieve energy security, members and partners of the Alliance in Europe and Eurasia.

The document calls on the U.S. government to develop an integrated transatlantic strategy to increase energy security of allies and partners in NATO and increased exports of American energy in these countries.

The bill also requires the US Secretary of energy to expedite the issuance of permits for natural gas exports to NATO allies, Japan and other foreign countries, where the export gas will meet the national security interests of the United States.

More than 17 thousand people in St. Petersburg from may 1 to July 7, was …