Home / WORLD / In the U.S. children of illegal migrants accommodated at military bases

In the U.S. children of illegal migrants accommodated at military bases 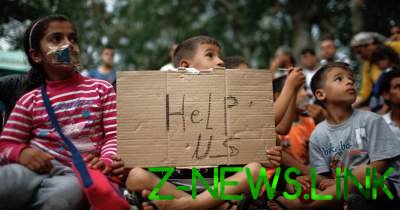 Immigrant children will be placed on military facilities in Arkansas and Texas, said at the Pentagon.

The U.S. government will equip the military bases special centers where you plan to put 20 thousand immigrant children.

On the 21st of June, said the representative of the Pentagon Lieutenant Colonel Michael Andrews, The New York Times reported.

According to Andrews, children will be placed on military facilities in Arkansas and Texas.

It is unclear whether bases of the parents of immigrant children, the newspaper said. White house officials, the Ministry of defence, Department of health and social services are unable to provide the NYT detailed information.

Cases of family separation of migrants became more frequent after April 2018, the U.S. government declared a policy of zero tolerance towards illegal migrants. Detained illegal immigrants passed in the Federal courts, and their children are transferred under guardianship or return home.

The Associated Press, referring to the information of the Ministry of internal security of the United States, announced that from 5 may to 9 June at the border with their parents shared more than 2,300 children.

The US President Donald trump on June 20 signed a decree that prohibits the share of family migrants.