Home / business / In the Sumy region, the man put the employee on a chain

In the Sumy region, the man put the employee on a chain 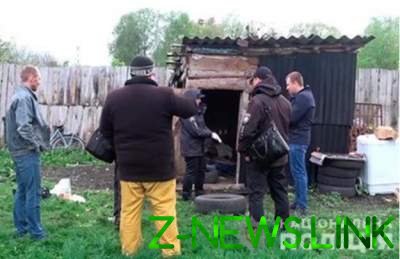 The victim in handcuffs and with a five-meter chain on the road saw occasional driver, who reported it to the police.

In the Sumy region, the man put on the chain, the employee who refused to harvest wood, reported on the website of national police.

The victim in handcuffs and with a five-meter chain on the road saw occasional driver, who reported it to the police.

As it turned out, the day before Easter, 54-the summer unemployed Victor met 23-year-old resident of Akhtyrka. He invited him to stay with him and help with the housework. Together with the owner and his family the man met the Easter and after the holiday began to restore order in the yard. But when the young master gave man the order to the timber, he refused because of the hard work, took his clothes and left.

Master is angry with his friend, he tracked down the fugitive on the streets of Akhtyrka and force pushed into the interior of the car.

Home “employer” put on a man handcuffed, chained and locked in the shed in the yard. After staying in captivity for about half an hour, the Victor, despite bound hands, managed to open the door and running off again.

The police opened criminal proceedings under article “illegal imprisonment or kidnapping” of the Criminal code of Ukraine. The sanction of article prescribes punishment in the form of restriction of liberty for a term up to five years or imprisonment for the same term. The investigation continues, investigated all the circumstances of the crime.