In the suburbs two dogs bitten to death a pensioner 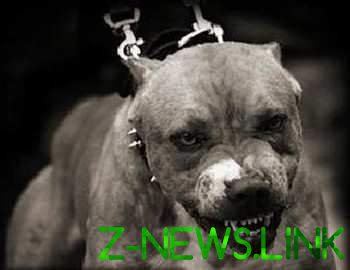 The body of a woman found spouse close to your own home.

In the suburban town of Korolev two dogs bitten to death a pensioner, said “the Tape.ru” on Tuesday, November 14, the official representative of the regional Central Board of the Investigative Committee Evgeniya Kiryushina.

“13 Nov 2017 near one of private houses in the district of Pervomaisky city district of Queens discovered the body of 75-year-old woman with extensive wounds, typical of animal bites. The woman died at the scene,” Kiryushin said.

According to preliminary data, the evening of November 13, a local resident came out of the house for a walk, intending to go to the store for bread. However, when two hours later she returned, her husband went looking. The body of his wife, he found on the street near the house. Paramedics pronounced him dead from multiple lacerations, not compatible with life.

According to the representative of the Moscow management of involvement in the incident suspect the neighbors. It is established that they have on the site in the aviary live two big dogs. According to witnesses, they were seen that night at the scene without muzzles and leashes. But immediately after the incident, the owners got the dogs and locked them in a cage. The owners claim that their Pets are not involved in the incident.

A criminal case under article causing death by negligence (part 1 of article 109 of the criminal code), is collecting evidence.