In the state explained the reason for the ban “the Matchmakers” 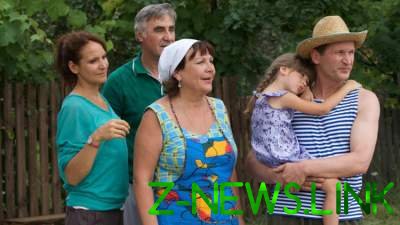 The decision was made due to the prohibition for entry Dobronravov.

Chairman of the State Agency for the movie Philip Ilyenko said that the state has cancelled the state registration and invalidated the distribution certificate for all the seasons of the series “Matchmakers”.

First Deputy Chairman of Goskino Sergey Neretin, confirmed to “the Ukrainian truth” that the show was banned.

He explained the logic of things: first, SBU made the actor from this series – Fyodor Dobronravov – the list of persons banned to cross the border of Ukraine, then this week’s presentation of the SBU, the Ministry of culture has made Dobronravova in the list of persons posing a threat to national security, respectively this list is already on their website.

“Well, we (the state) have, as required by law, to cancel distribution certificate for all films and TV series, where he plays the actor” – said Neretin.

Earlier, the production explained that as a citizen fully supports the actions of the security service banning entry to Ukraine to Russian actor Fyodor Dobronravov.

“However, the state this is irrelevant. The decision of SBU I, like everyone else, learned of the news,” said Ilyenko.

“The ban on entry to Ukraine Dobronravov doesn’t mean that will be banned from the series “Matchmakers”. While no decisions on this issue, the Ministry of culture did not accept. Today the legal grounds to ban the TV series “Matchmakers” no,” he said earlier.