Home / INCREDIBLE / In the Solar system captured an unusual comet

In the Solar system captured an unusual comet 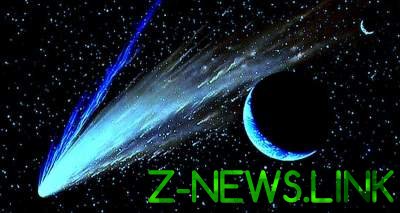 Astronomers believe that an unusual object is an interstellar comet, which for the first time in the history of the cosmos managed to capture.

Automated telescope PAN-STARRS discovered a very unusual comet flying towards the Sun on a hyperbolic trajectory that indicates her “interstellar” in origin. This was reported by astronomer Michelle Bannister.

“We really need repeated long observations of this object, however, if current information on its orbit do not contain gross errors, it can only move in a hyperbolic orbit. If this is confirmed in the future, then this celestial body, C/U1 2017, will be the first example of “interstellar comets,” writes Bannister in his microblog.

Solar system, in addition to the eight “real” planets, Pluto and a few dozen dwarf planets, inhabited by countless asteroids and comets are small rocky and icy celestial bodies. Most of the known asteroids “live” in the inner Solar system the main asteroid belt between the orbits of Jupiter and Mars, and comets in the so-called Oort cloud on its outskirts.

This “cloud” consisting of the comets and other icy bodies, located at a distance of 150 — 1.5 thousand astronomical units, the average distance between the Earth and the Sun, our star. Scientists believe it is a kind of landfill “building materials” are ejected from the Solar system during its formation, and are actively studying its inhabitants, hoping to solve the mystery of the birth of the Earth and other planets.

Recently, through the mission of “Rosetta” and some observations, ground-based telescopes, scientists have found hints that the comet, or at least the matter of which they were “cut” was formed long before the birth of the Sun and could be born outside of the gas-dust nebula, where there is our star, Earth and other planets.

This celestial body is currently located between the orbit of mercury and the Sun, at a distance of about 5 times smaller than the distance between the sun and Earth. This comet, as the calculations of planetary scientists flew into the Solar system almost perpendicular to the plane of the orbit of the Earth and other planets moving in a hyperbolic trajectory.

See also:  Famous cigar-shaped asteroid can be a comet

It is unclear whether she will leave her forever or return to the Sun after a while to get the answer to this question, as noted by Bannister, you need to observe the movement of the comet for longer than two to three weeks.

This discovery, if confirmed, will be a big success for the PAN-STARRS – in the Solar system, as the calculations of theorists at any point in time should be only five such “interstellar” comets, and only once in 400 million years one of them will be captured by the gravity of Jupiter, and become an inhabitant of our planetary family.

According to Bannister, at least one of the large ground-based telescopes, the Canada-France Observatory CHFT in Hawaii and now watching this celestial body. If the original data from PAN-STARRS are true, then C/U1 2017 will be one of the most rare and unusual objects discovered in the Solar system in recent years.