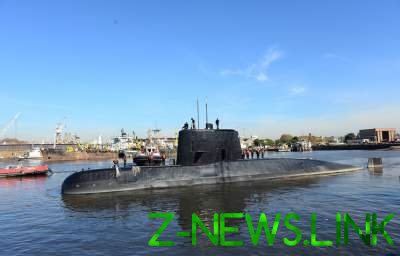 The origin of the object is not specified.

“The ship of the Navy of Argentina, Islas Malvinas, on Board which is TNLA “Panther plus”, examined the object, which was recorded yesterday by a Navy destroyer Sarandi of Argentina”, – stated in the message.

The press service published a photo of an object that is at a depth of 845 metres. They are visible half of a large hollow cylinder. The origin of the object is not specified.

According to the Ministry of the Navy of Argentina, “if you’ll excuse meteorological conditions,” on Sunday will examine another irregularity of seabed, recorded at a depth of 814 metres.

Diesel-electric submarine San Juan, on Board of which at the time of its release from the Argentine port of Ushuaia were 44 members of the crew stopped communicating on November 15. November 30, the Navy announced the termination of the operation to rescue the crew, but the submarine continued.

Involved in the operation of the Russian Oceanographic vessel “Yantar”. Currently it returns to the zone of operations after replenishment. As expected, the ship will arrive there on Monday.