Home / INCREDIBLE / In the scientific world talking about the possibilities of Man 2.0

In the scientific world talking about the possibilities of Man 2.0 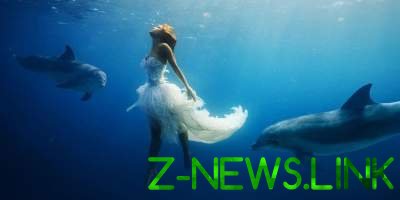 The researchers intend in the near future to conquer the water space through artificial intelligence.

Humanity is looking for habitable or inhabited by any living organisms on the planet, but still often finds the worlds ocean as a habitat for humans, they are not suitable however there is a solution, reports the Chronicle.Info with reference to the Telegraph.

Expert in space operations in the company Blue Abyss Simon Evetts, speaking at a conference in Lisbon, said that the human society in the future will move to the oceans.

According to Evetts, scientists must work together to guide the evolution and to give people “superpowers”. For example, the ability to breathe underwater. Expert in space Biomedicine believes that this idea is worthy of attention as well as work on the adaptation of the human body to travel far in the depths of space.

“Can we somehow figure out how the dolphins and seals for a long time holding your breath? If we can learn this yourself?”, asked Evetts, offering, in particular, genetic efforts to increase people gills.

Unfortunately, relying on the flow of his imagination, the expert failed to consider that people with gills are not really people. This unfortunate fact the speaker said the listener from the audience.

However, the expert found the counter-argument: “It will be Man 2.0”. Who knows, maybe the idea Evetts only now seem impossible. If they suddenly come to life, then move to the planet-the oceans will become humanity’s salvation.

Evetts not alone in his ideas about “human upgrades”. For example the founder of a startup KerNEL Brian Johnson, also speaking at the conference, said that in 15-20 years people will have “an extensive set of tools for the brain”, which will help to improve memory or delete memories at will, to increase learning ability and will also allow telepathic contact.