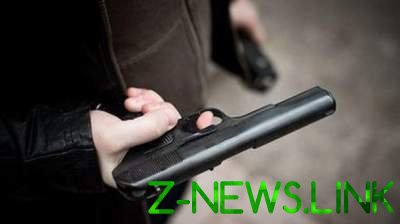 Militiamen find out the motives of the incident.

At the moment it is known that the tragedy happened around the noon of the 5th of October. The guy killed himself in the house of a girl he met.

“Gunshot to the right temple of the head of firearms killed 22-year-old Ruslan M., district inspector of border service the border service Department “birch”, – told us the head a press-services of the National police of Rivne region Svetlana Marco.

At the moment, all the circumstances of the tragedy are found out by militiamen. The investigation also will connect members of the military Prosecutor’s office.

At the moment it is not excluded that the border guard died after killed himself.

We will note, recently in one of the military units located in the district of Yavoriv polygon in Lviv region, during the study of the personnel died reservist. The soldier suddenly became ill.

Doctors tried to save the military, but their efforts were in vain. Previously, a soldier died from acute heart failure.