Home / Video news / In the river the taxi drivers themselves detained the drunk driver. Video

In the river the taxi drivers themselves detained the drunk driver. Video 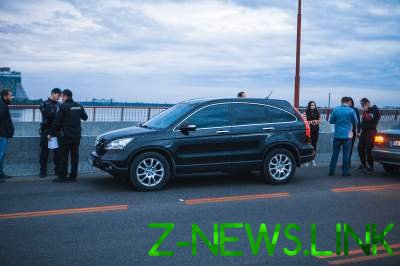 Taxi drivers called to the scene of the patrol police.

April 28, around 5:00, in the river alone taxi drivers arrested a drunken driver on the Honda. The incident occurred on the New bridge.

Taxi drivers called to the scene of the patrol police.

According to police officers, taxi drivers said that he noticed a Honda in the streets of new building. The man who was driving the Honda, on the request to stop did not react and went with a speed about 170 km/h. On a New bridge taxi drivers were grouped and were able to detain the offender. They completely blocked the passage for a drunk driver – and he was forced to stop.

According to the taxi drivers, the man was with obvious signs of alcoholic intoxication. He literally could not stand on his feet while trying to resist arrest. The law enforcers arrested the offender and sent him to the district police station for the test to dragør.

At the scene police patrol. Law enforcement officers called for a tow, soon the traffic on the bridge will not be hampered.