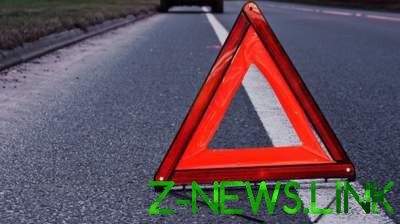 33-year-old BMW driver drove on the minor road and collided with a truck MAP.

In the river on July 23, an accident in which collided with a truck MAP and cars BMW. The incident occurred around midnight at the intersection of the Donetsk highway and street Berezinsky. The accident killed 33-the summer driver “German”.

Eyewitnesses say that BMW has moved down the street Berezina in the direction of the shopping center “Caravan” at high speed, and the MAP went in the Donetsk highway.

See also:  In the river a 13-year-old girl fell from the 9th floor

“BMW has moved on a secondary road, and at home at this time was driving the car MAN. As a result, the cars collided, and the BMW dumped on the sidewalk. At the scene worked brigade “fast” which has provided emergency assistance to the driver of the BMW. After which he was hospitalized in the 6th city hospital”, – told the “Today” a press-the Secretary of management of police Patrol in Dnipropetrovsk region Lyudmila Kopylenko.

In turn, the driver of the truck, the MAP says that is simply not noticed “German” because he was moving at high speed. Subsequently, the BMW driver from the got injuries died in the hospital – information about this was confirmed to us in the emergency Department.