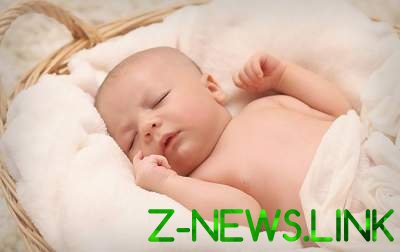 A resident of the Dnieper Alexander Ryasichenko gave birth to 13-th of the child. Baby weighing 3 kg 100 grams and growth of 50 centimeters named Myron.

Large 39-year-old mother has a severe heart defect, but despite this, she gave birth to a healthy baby boy. Thirteenth birth in her life was very risky because the baby in the belly was laying wrong.

“The excitement was because there are plenty of challenges,” admits large mother of Alexander, Ryasichenko.

Doctors confirm that the pregnancy was hard, and the woman every day risked losing the baby. A big problem was created by the Allergy of the patient to traditional medication, but the woman decided she’d handle it. Because two years ago, lost the baby, and really wanted to give birth again.

“This feeling again in my arms,” explains Alexander. 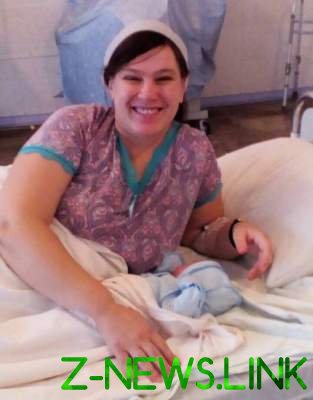 In childbirth were ready brigade for cesarean section and blood transfusion, however, the woman she gave birth to a perfectly healthy boy.

The father already saw a little of Myron, but have not yet figured out who he looks more like. But a dozen older brothers and sisters are forced to build in a queue to see a very young relative. Senior 18-year-old Daniel already knows how to care for babies and smaller sisters are ready to play with the baby during the day.

The husband of the mother of Ivan, Ryasichenko says sees no problem in that amount of kids, is confused in what their birthdays. But what to train your memory would have convinced him and his wife because they both want the Myron was not the last child in their family. Therefore, spouses are sure that giving birth will come again.