Home / Video news / In the result of a tragic accident in India killed a Ukrainian. Video

In the result of a tragic accident in India killed a Ukrainian. Video 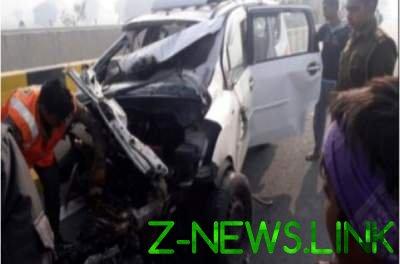 Another woman was injured.

As a result dorozhno-transport incident in Indian city of Mathura and killed two people, including a citizen of Ukraine.

“Two people were killed, including a Ukrainian citizen, Yamuna-Autostrade in Mathura on Monday”, – is spoken in the message.

It is noted that the car in which they were travelling lost control and overturned on the freeway. The driver died on the spot. On the way to the hospital died Ukrainian, two women were hospitalized with injuries.

The dead Ukrainian named Bohdan Kobalava, and one of the hospitalized women Maria Ignatenko.