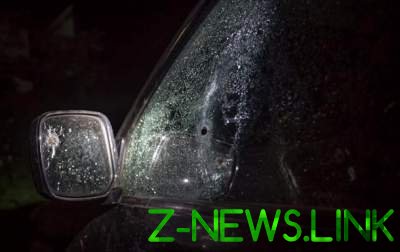 There were three hits in the car Dmitry, Cocobolo, two of them clearly in the passenger headrests.

The car of the commander of the Right sector Dmitry Cocobolo was shot at by unknown in the rear of the Armed forces of Ukraine at the Donbass. About the commander said Thursday, August 9, in his Facebook.

“My car August 2 at about 20:30 was shot at the entrance to Orlovka, from Uman. The bullet fragment found in the vehicle, it is determined that this caliber 7.62 mm,” wrote Cocobolo in the social network.

According to him, there were three hits, two of them clearly in the passenger headrests.

“That evening I was returning from Pokrovsk, from the local police station, where the meeting took place. Pausing in Karlovka, a little late, went in the direction of Avdiivka. The question remains: what kind of subversive group, which is freely operating in our rear?” – asked the commander.

See also:  The police are not ready to talk about the versions of the murder of human rights activist Mostovskoy

However, he added that the competent services are already engaged in this issue.